The eyes may be the window to the soul, but the mouth provides an even better view of the body as a whole.

Some of the earliest signs of diabetes, cancer, pregnancy, immune disorders, hormone imbalances and drug issues show up in the gums, teeth and tongue—sometimes long before a patient knows anything is wrong. 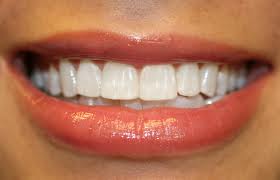 Teeth and gums hold a lot of details about the body’s overall health.   Don’t be fooled by a bright set of pearly whites.

“We have lots of data showing a direct correlation between inflammation in the mouth and inflammation in the body,” says Anthony Iacopino, director of the International Centre for Oral-Systemic Health, which opened at the University of Manitoba Faculty of Dentistry in Canada in 2008. Recent studies also show that treating gum disease improves circulation, reduces inflammation and can even reduce the need for insulin in people with diabetes.

Such findings are fueling a push for dentists to play a greater role in patients’ overall health. Some 20 million Americans—including 6% of children and 9% of adults—saw a dentist but not a doctor in 2008, according to a study in the American Journal of Public Health this month.

“It’s an opportunity to tell a patient, ‘You know, I’m concerned. I think you really need to see a primary care provider,’ so you are moving in the direction of better health,” says the study’s lead researcher Shiela Strauss, co-director of statistics and data management for New York University’s Colleges of Nursing and Dentistry.

Dr. Jeanne Taylor, a cosmetic and restorative dentist in Austin, TX , states this proves to be one more reason why the general public should have regular dental examinations and dental cleanings.

No other posts on this topic

Learn More About Our Practice Here